One of the largest single unit mobile homes to be delivered to site.

Home/Transport/One of the largest single unit mobile homes to be delivered to site.
Previous

One of the largest single unit mobile homes to be delivered to site.

At 42 ft long and 15 ft wide this _________ being on the larger size for a a single piece unit to be transported by road, planned routes were a must! We collected this ourselves from Rosslare Europort and brought it back to our sales yard in Camolin. This was an easy run as the road was big enough for us to travel down with any major obstacles. We just had to be more attentive with our position on the road but with an escort driver at the rear and in front it was never a problem. But if we are being picky it would have definitely been nicer if it wasn’t lashing rain.

The site that this mobile was being delivered too was a different kettle of fish altogether. Castletown is a lovely area with rolling green fields and lovely views of Tara Hilland out to sea. The holiday park itself right next to the beach, it really does not get better.

So, what made this delivery so difficult? The roads are small, tight plenty of bends and trees which stretch out over the road in multiple places along the way. So Lucky for us our truck is fitted with a complete air suspension system allowing us to lower the truck and mobile home low to the ground giving us that much needed clearance to pass under those low hanging branches of trees, but still it was tight in a lot of spots. We set off early in the morning trying to avoid most of the traffic and reach our destination before any early morning beach walkers arrived. We were lucky with no issues from our yard all the way to the Castletown turn off on the N11 where we just about made it around the corner, and we had to stop to cut back some over hanging branches. I wish I could say it was a once off, but it stayed this way all the way to the site entrance. According to google maps this is a 6.5km drive taking 8 minutes to complete. Now we know that a fully loaded truck with a mobile home weighing over 9.5tonnes is not going to do that trip in 8 minutes but we did not think it would take as long as it did. Going by our little stopwatch we were 98 minutes. Over an hour and a half to travel an 8-minute journey (insert shocked emoji). With stops to cut back overgrown branches and allow traffic to pass in each direction it really took some time plus we even left early to avoid just that.

We got it in on site ready to be craned into position the following morning and we have to admit it looks mighty now! 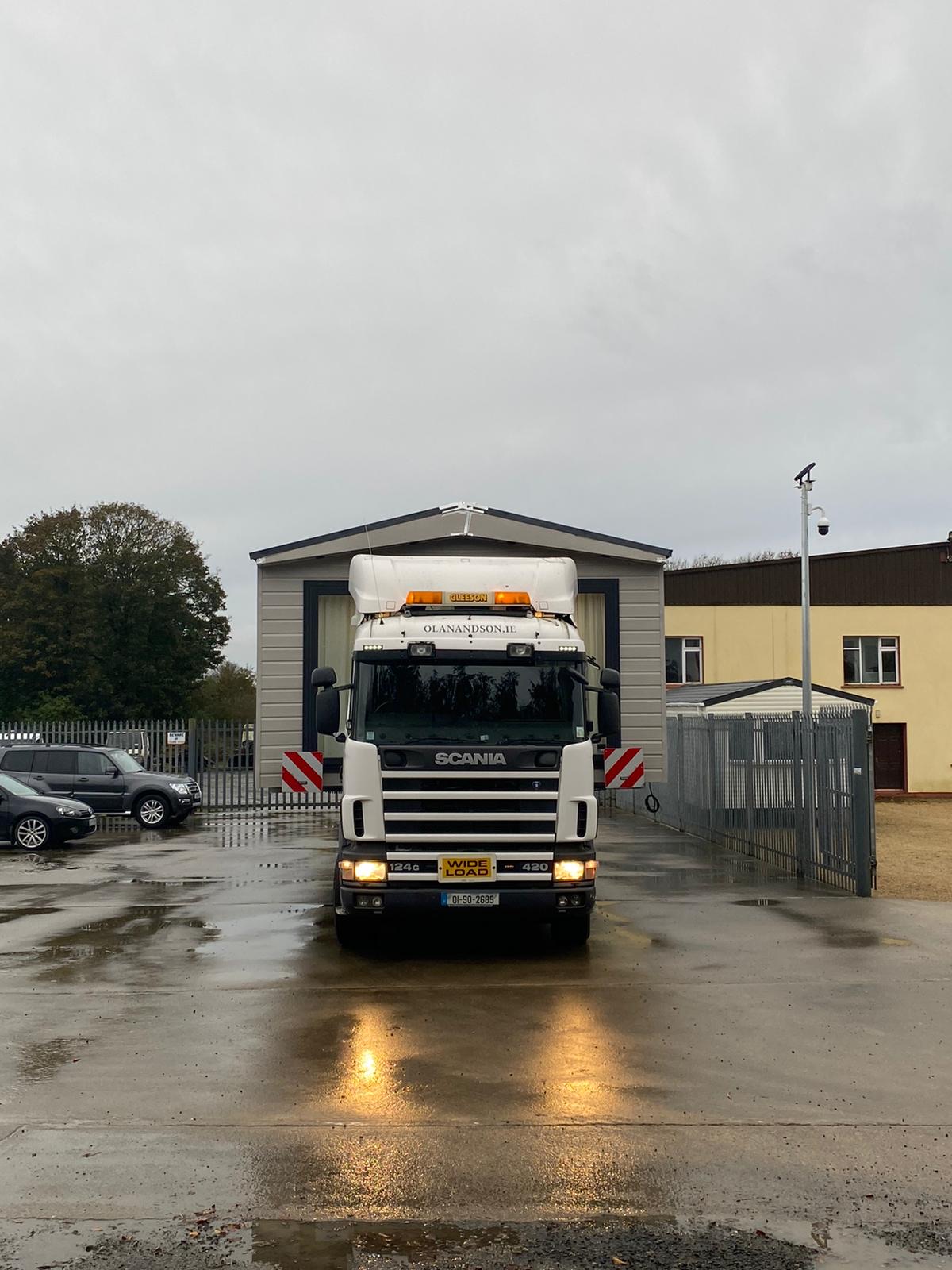 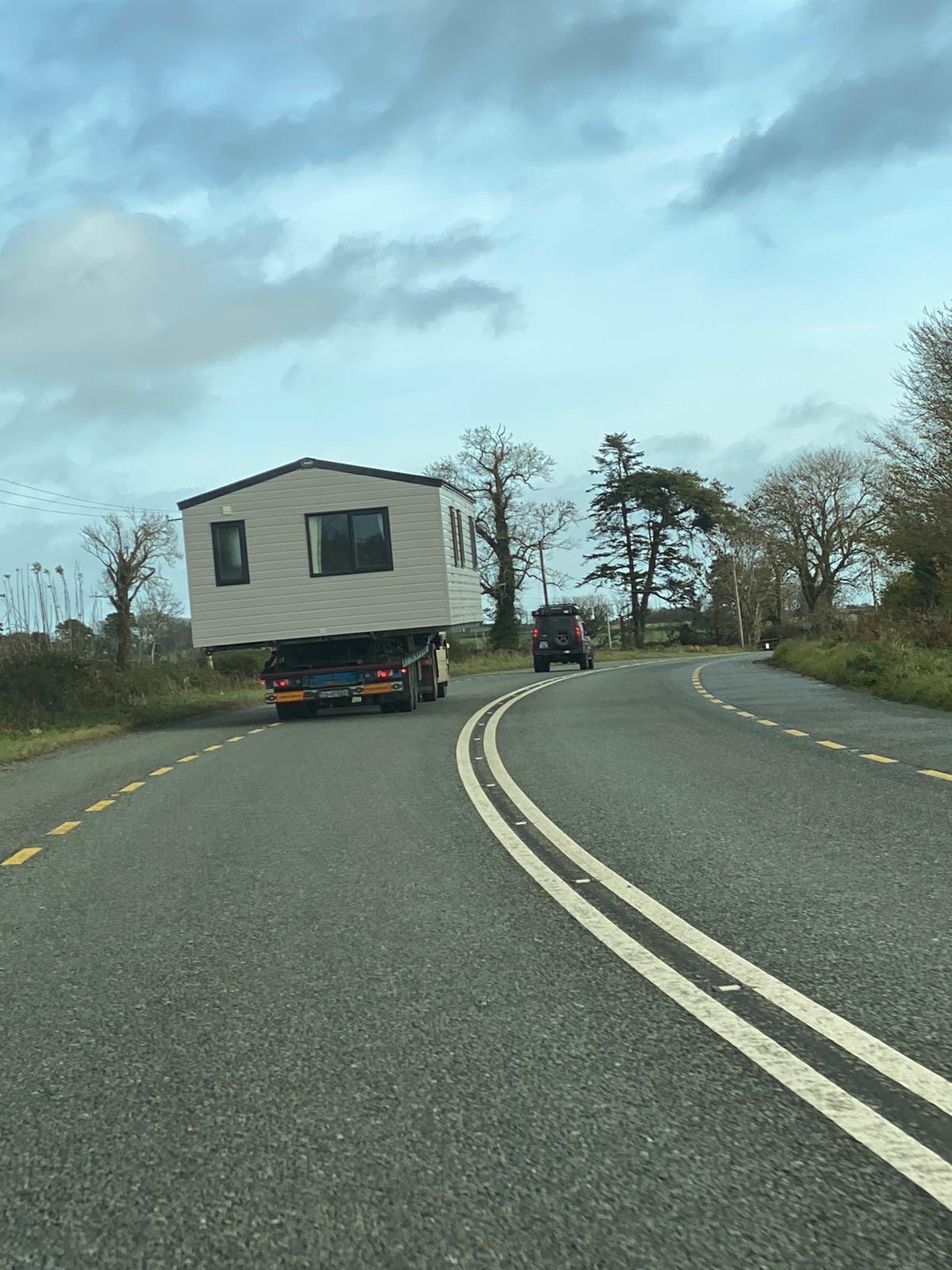 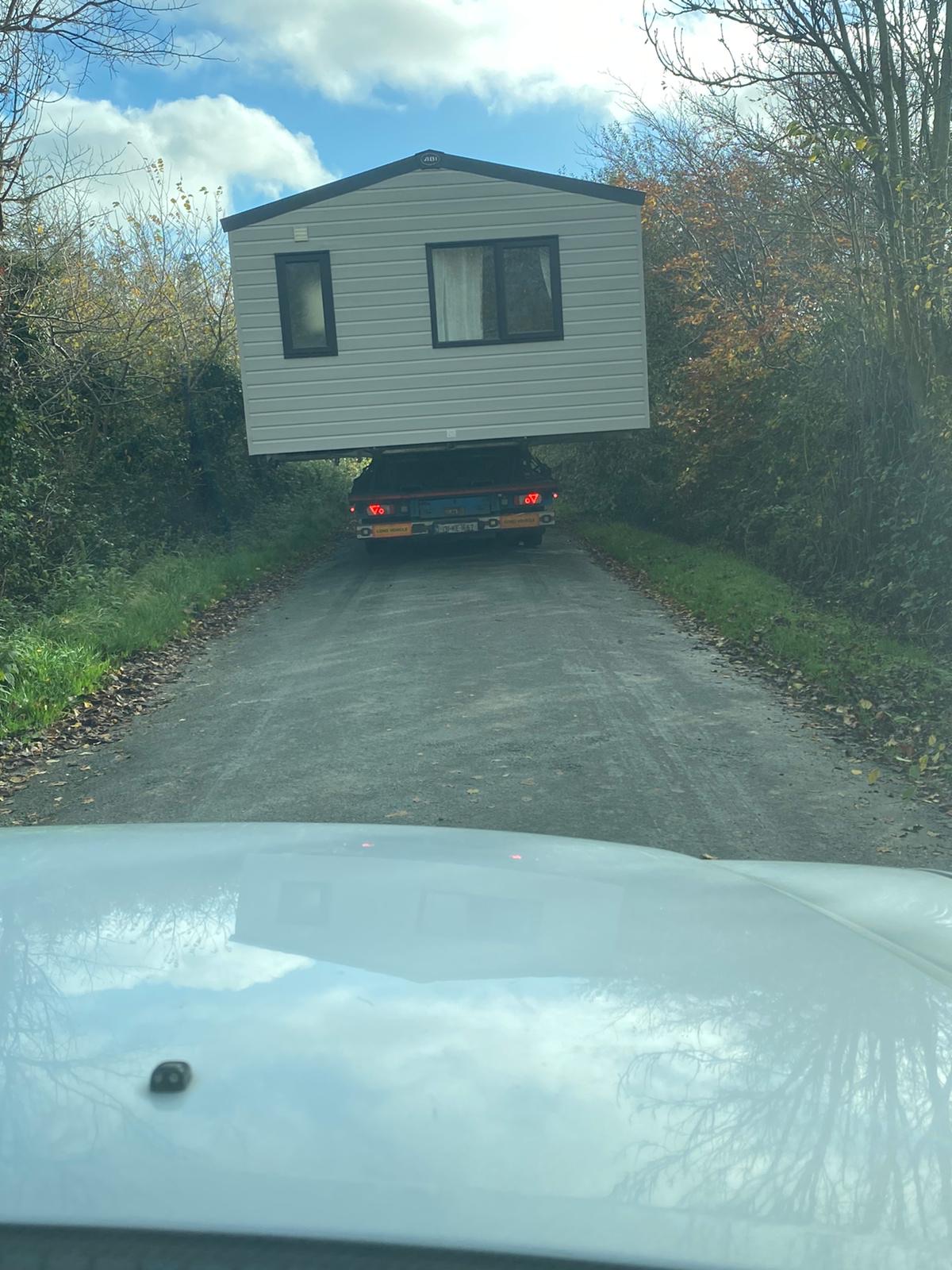 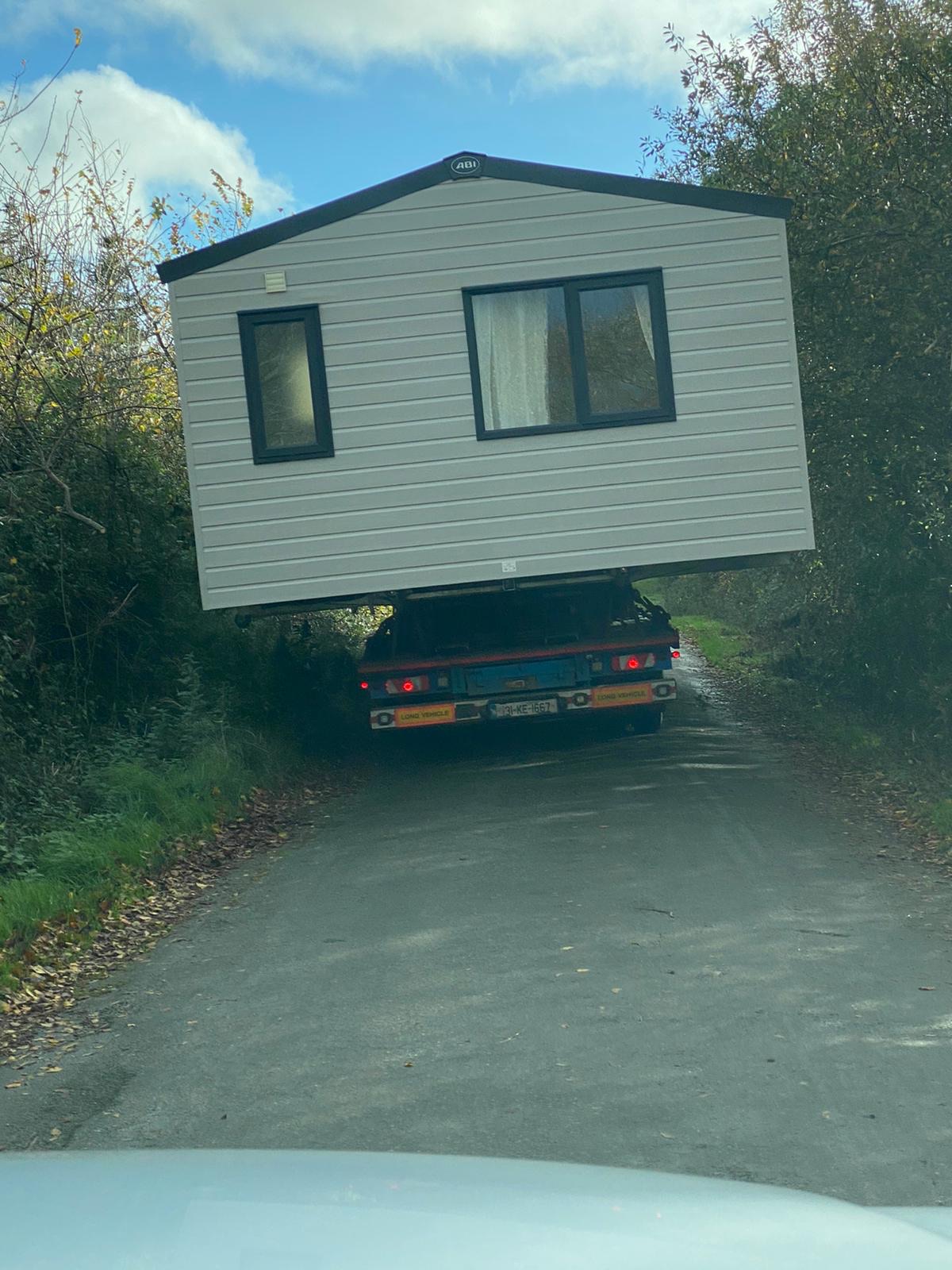 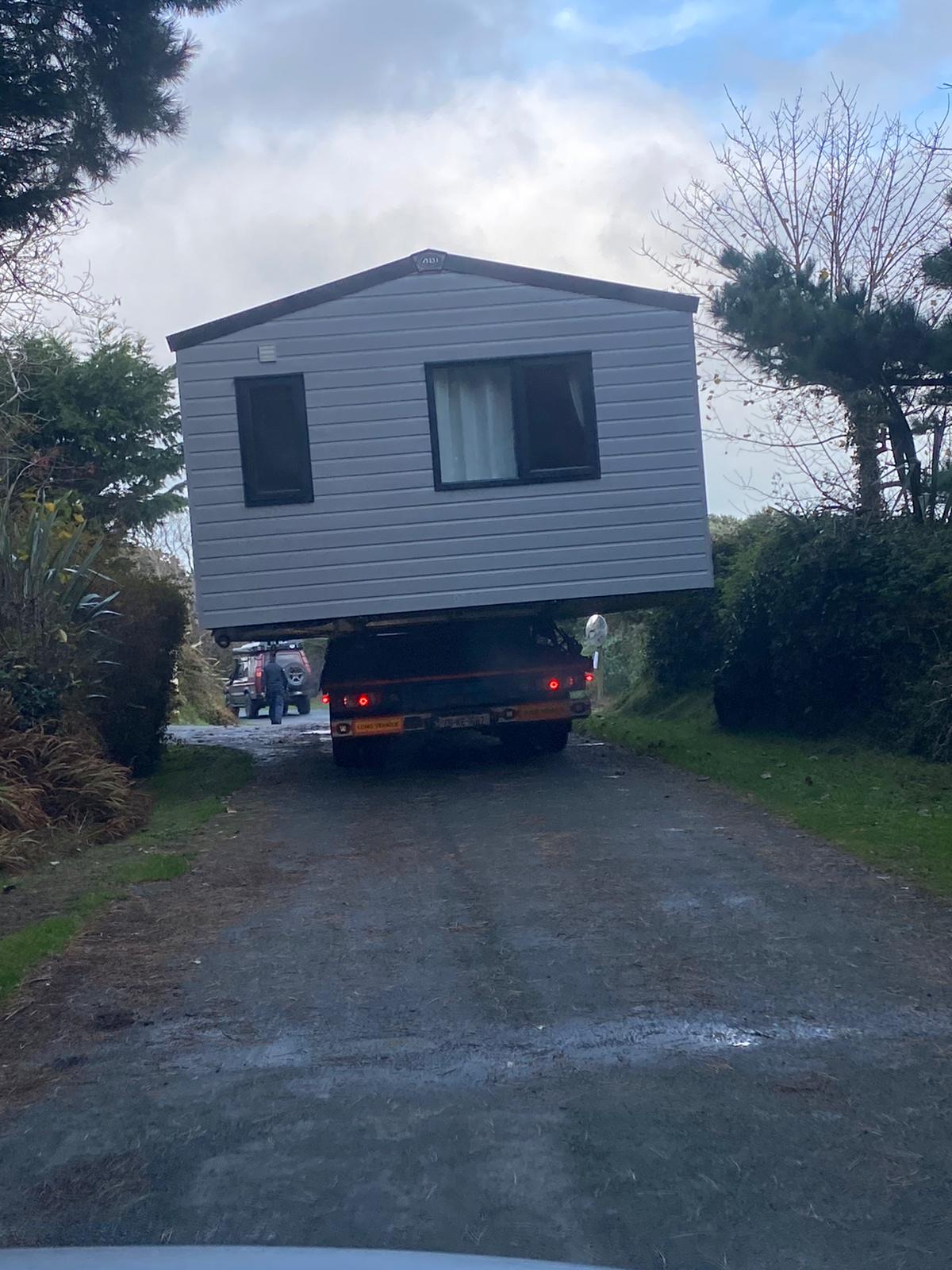 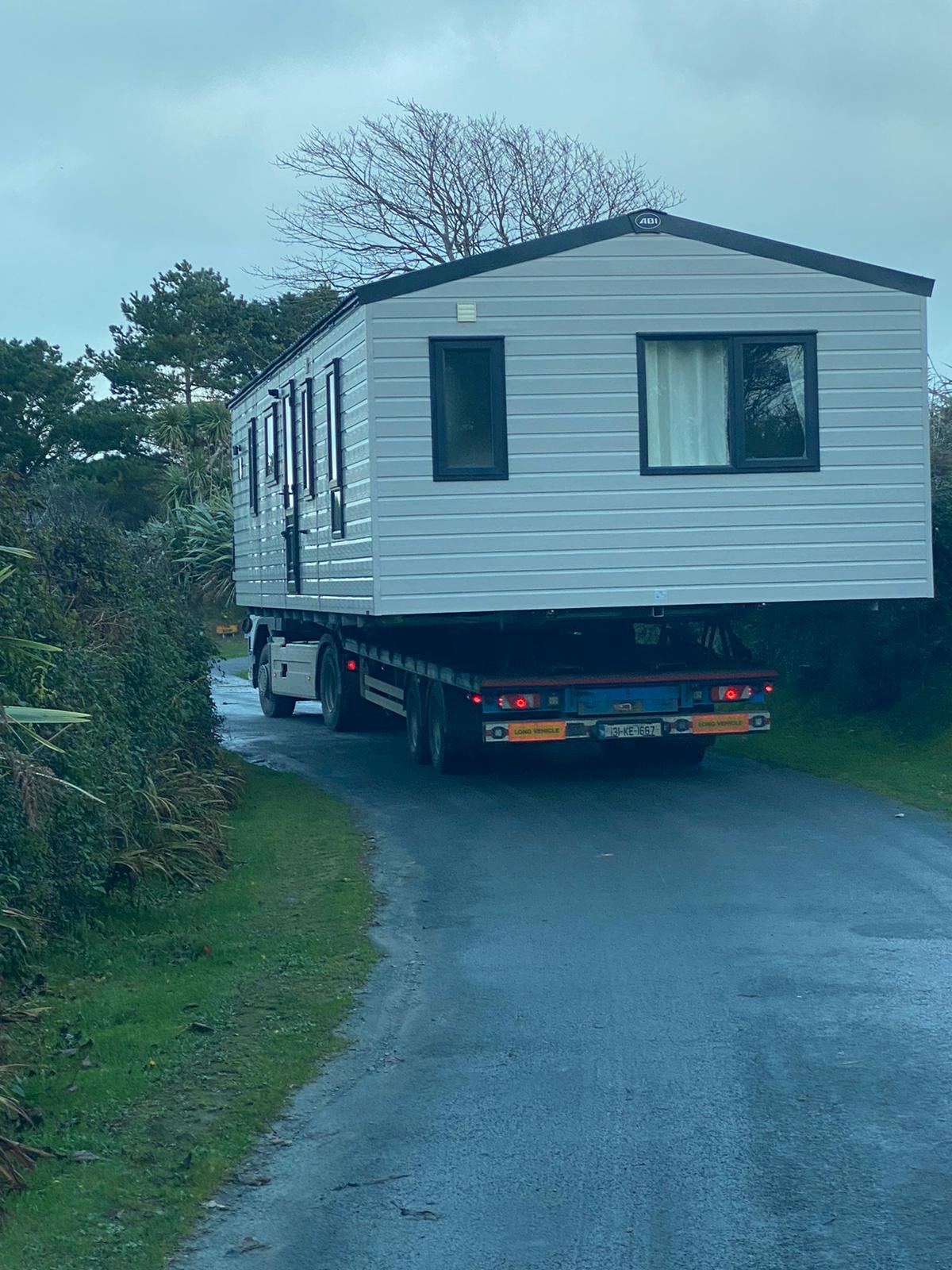 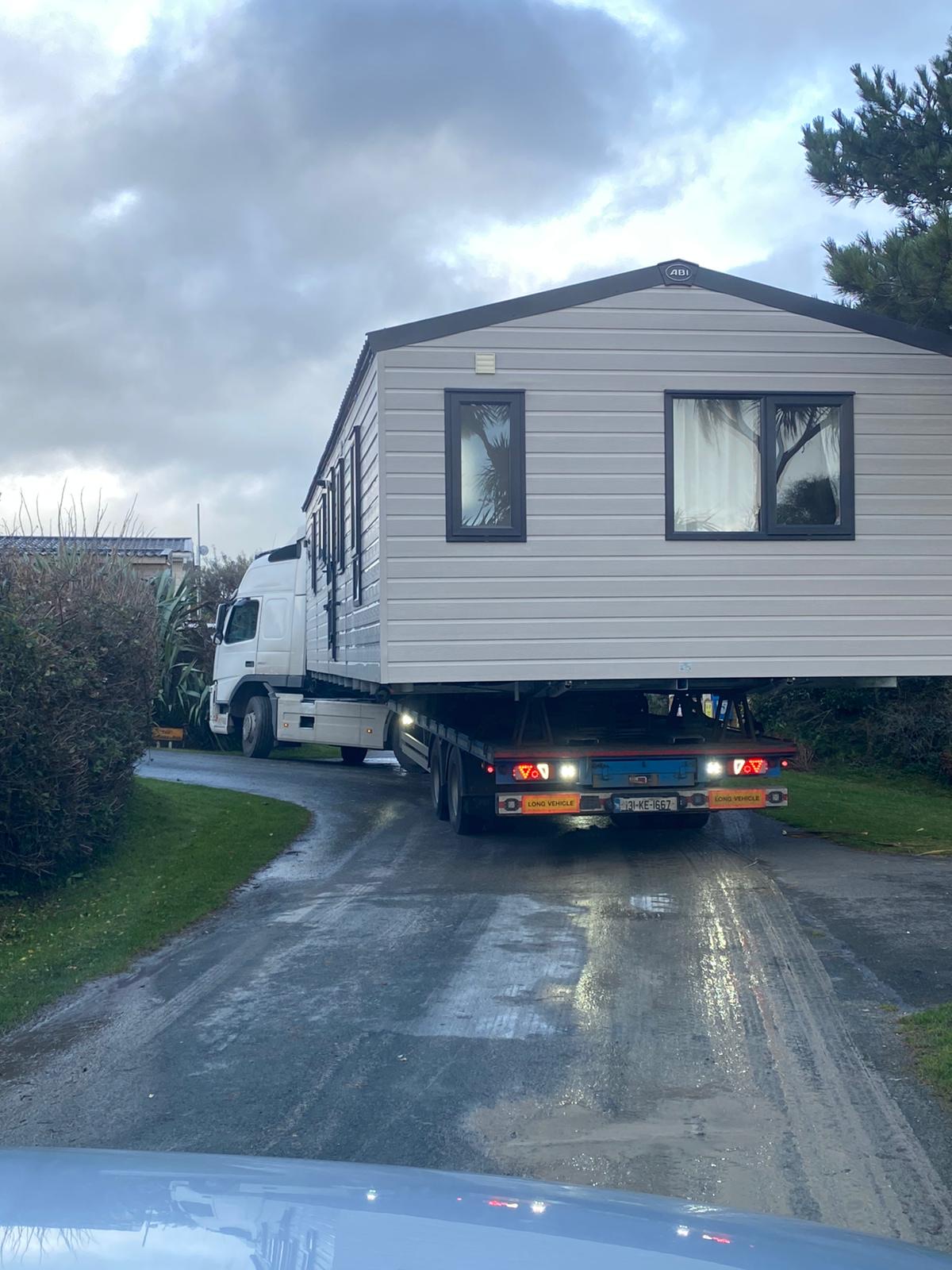 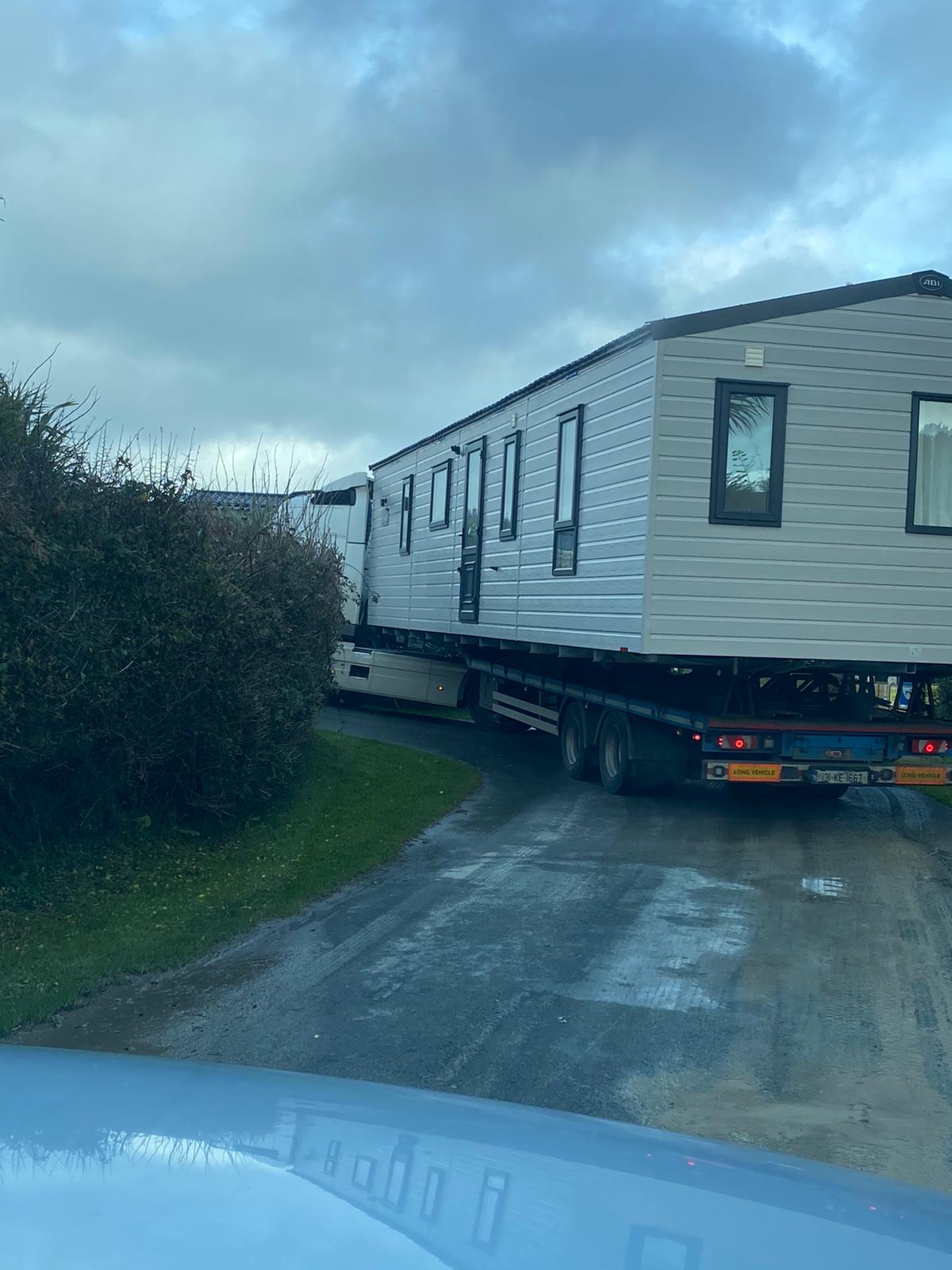 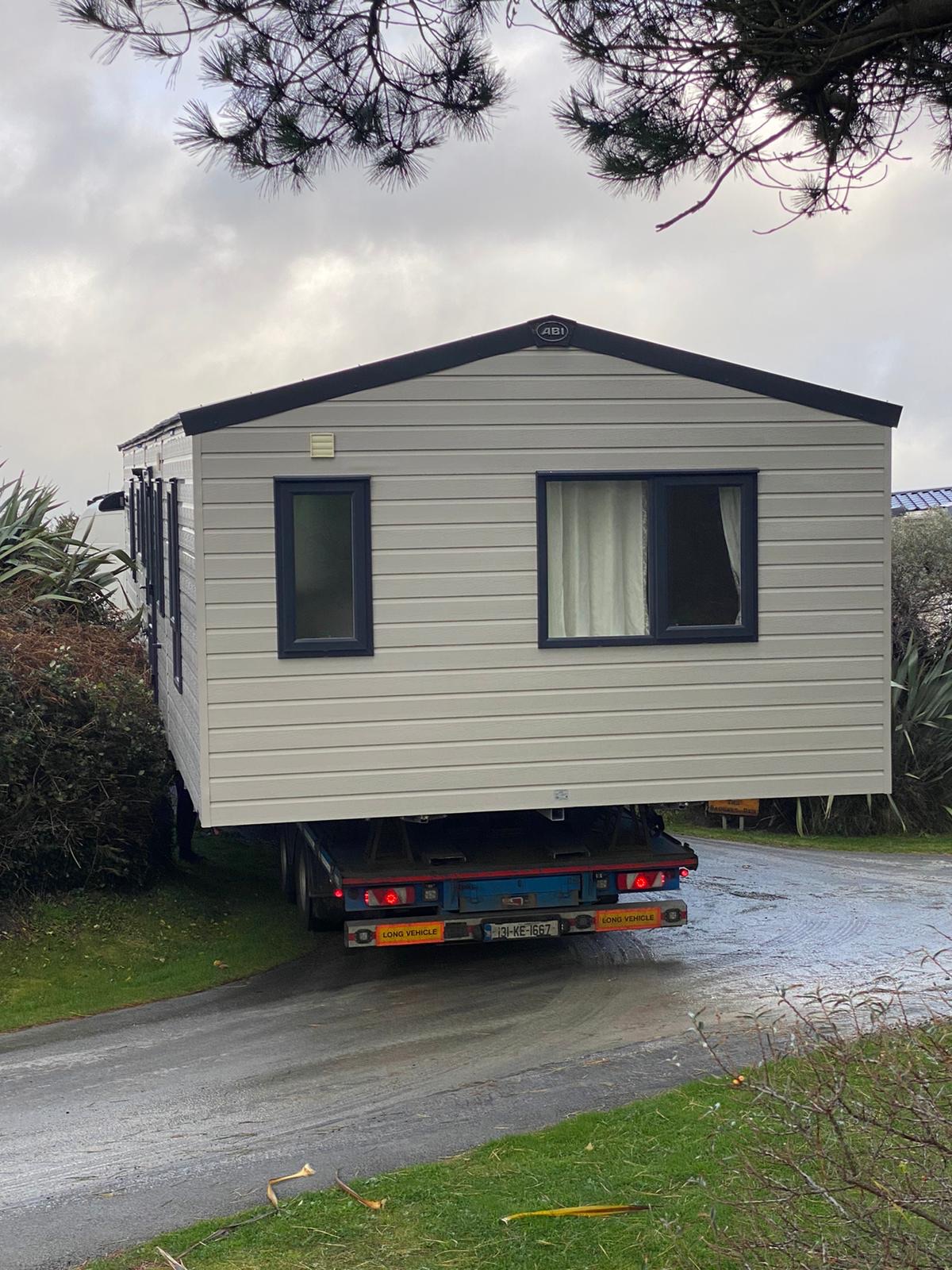 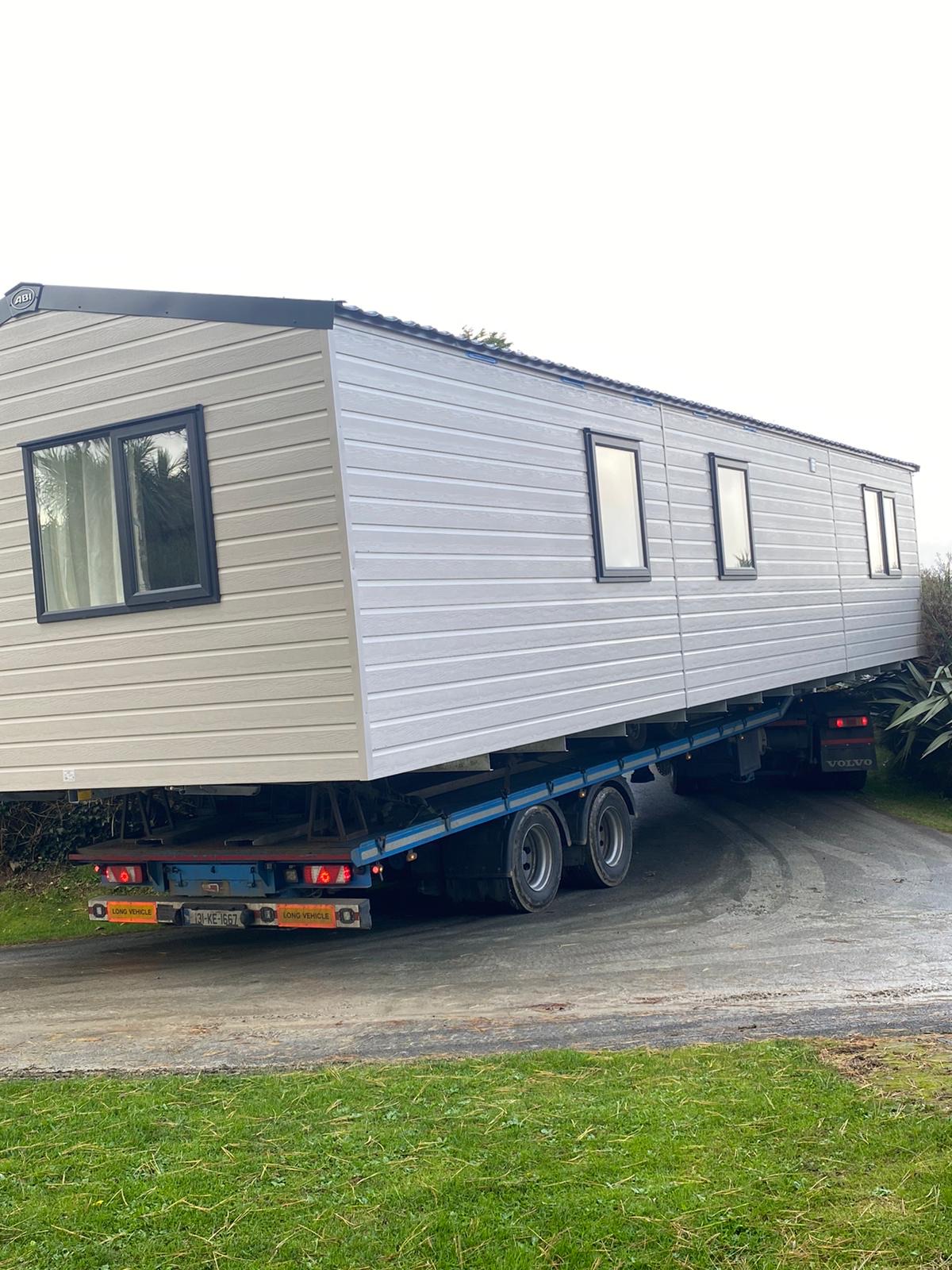 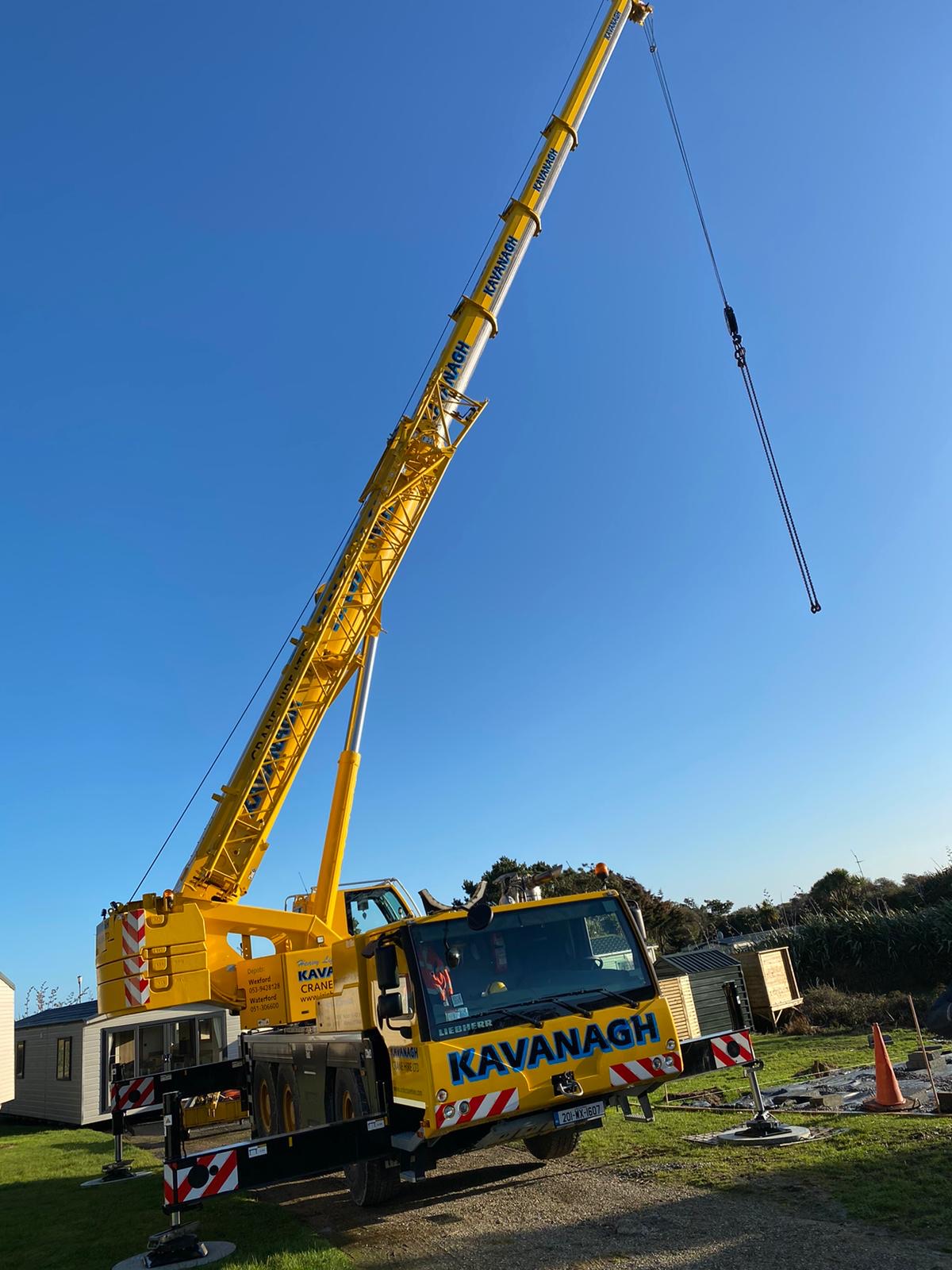 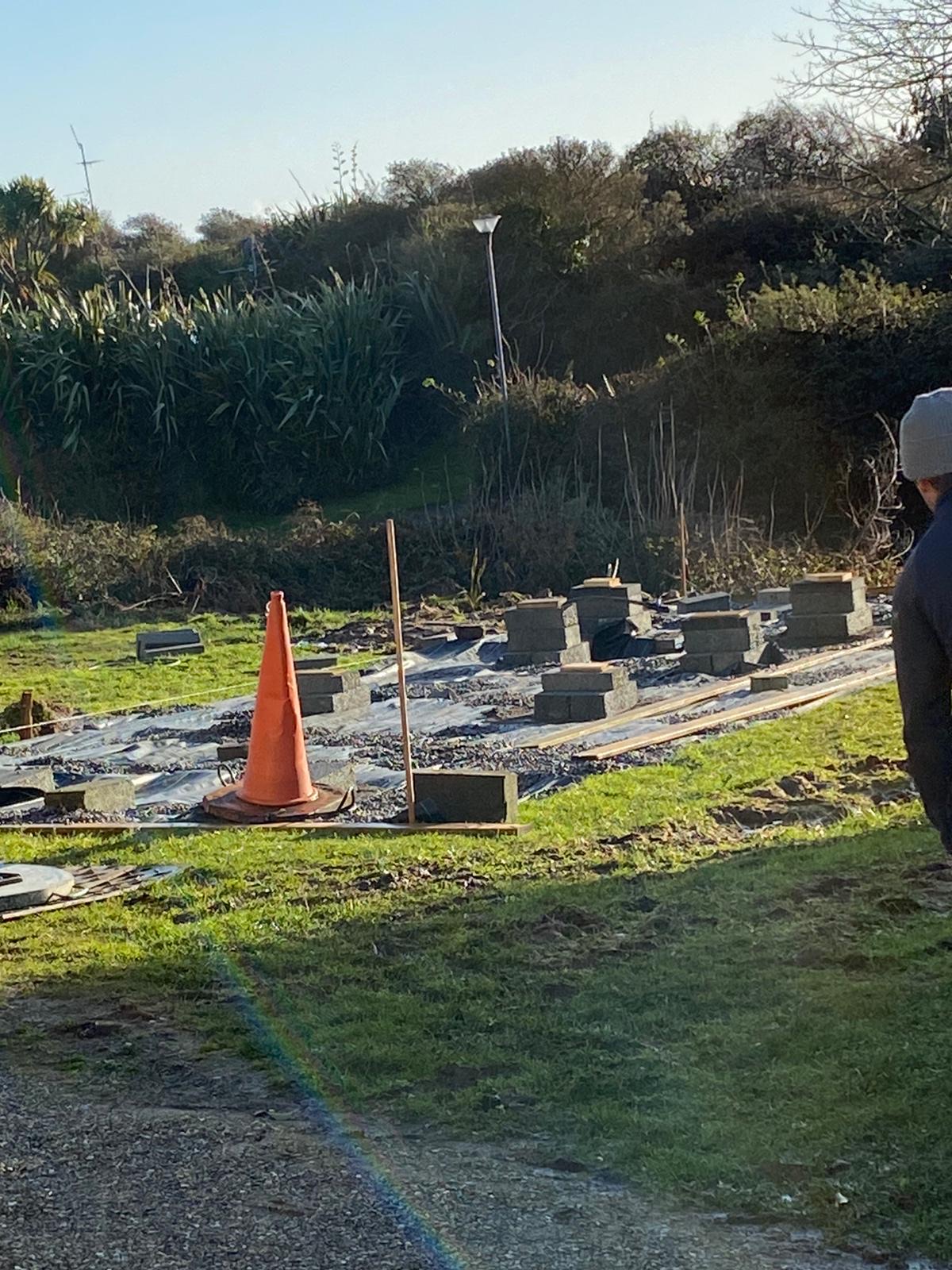 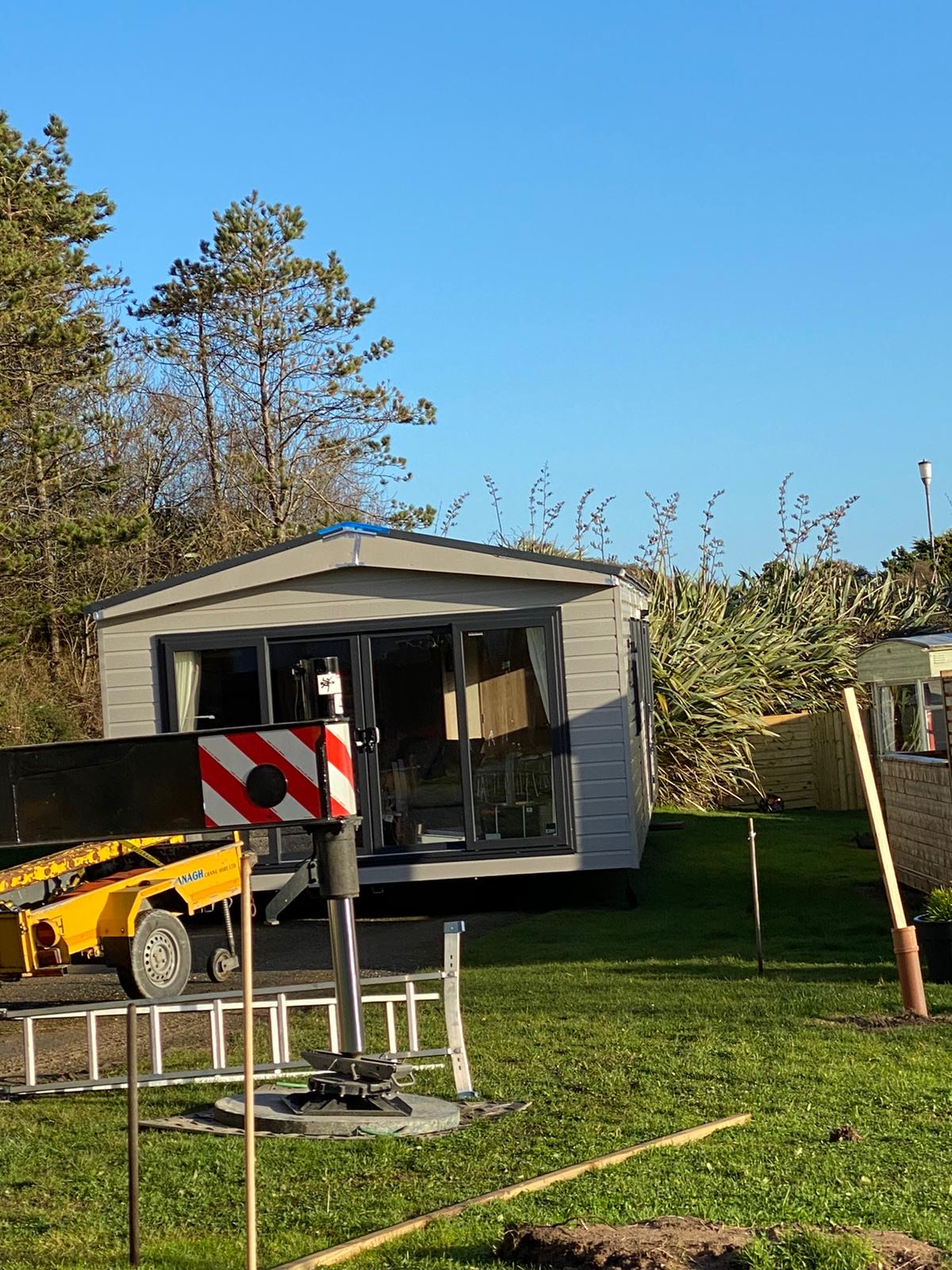 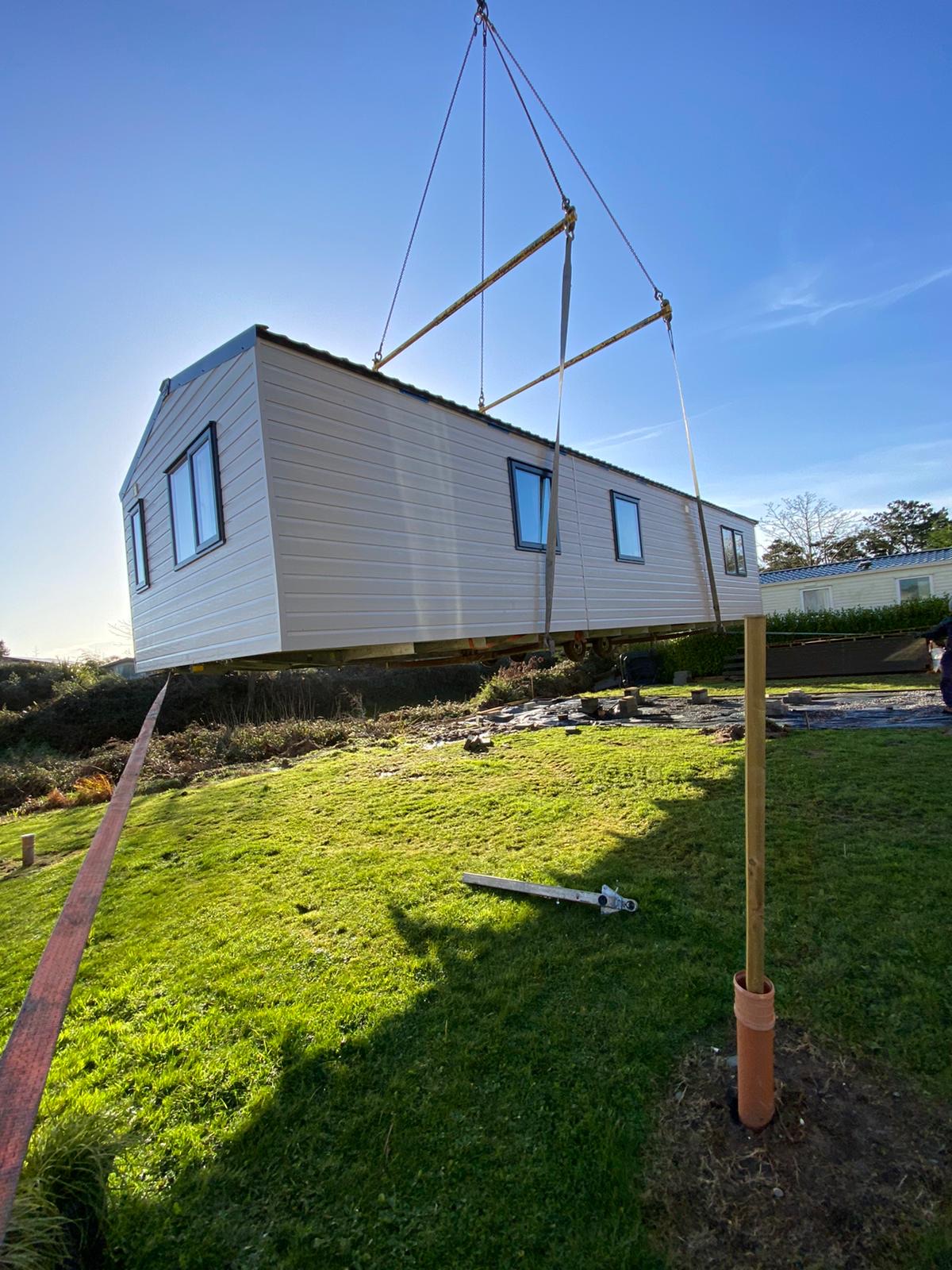 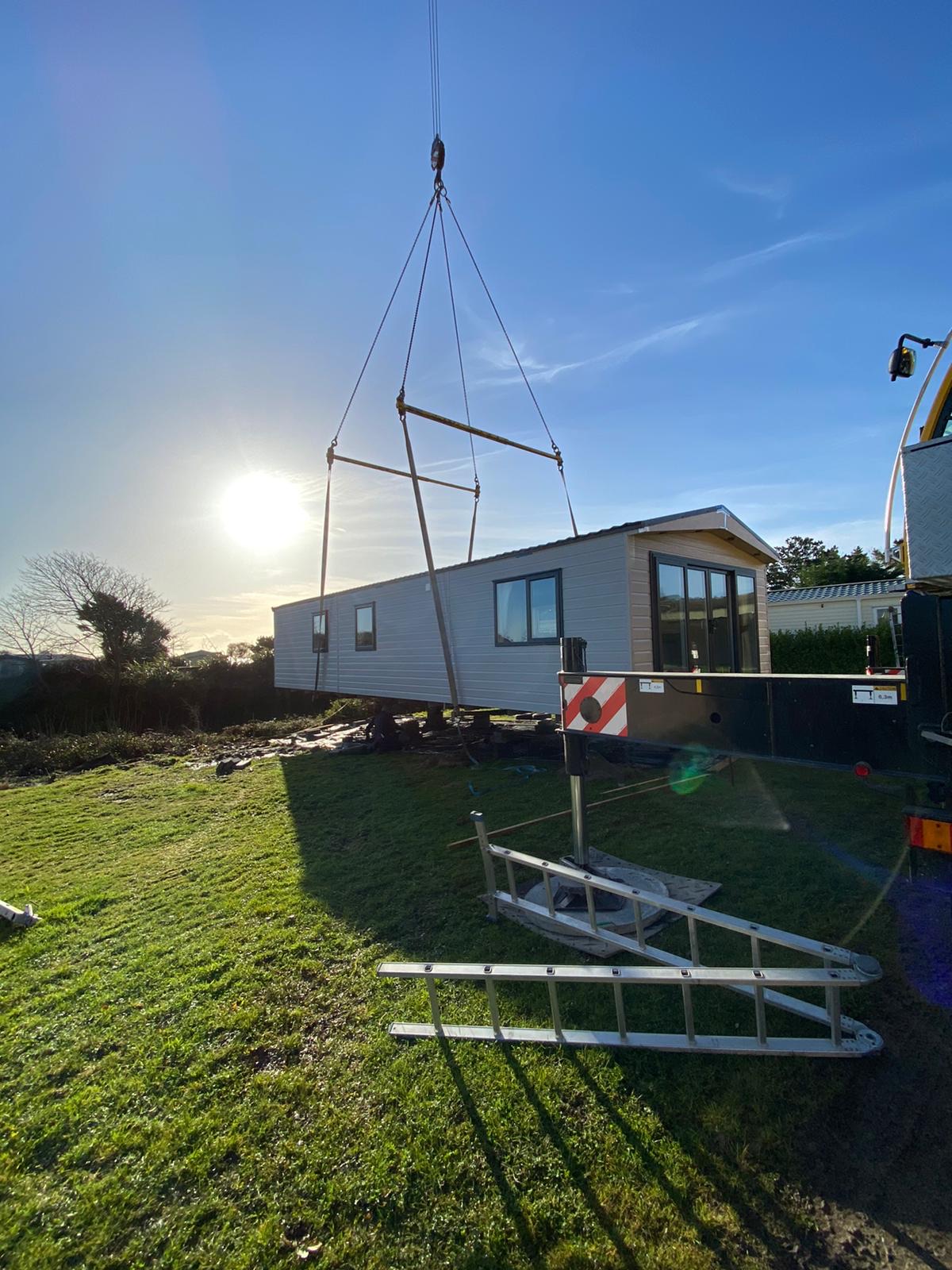 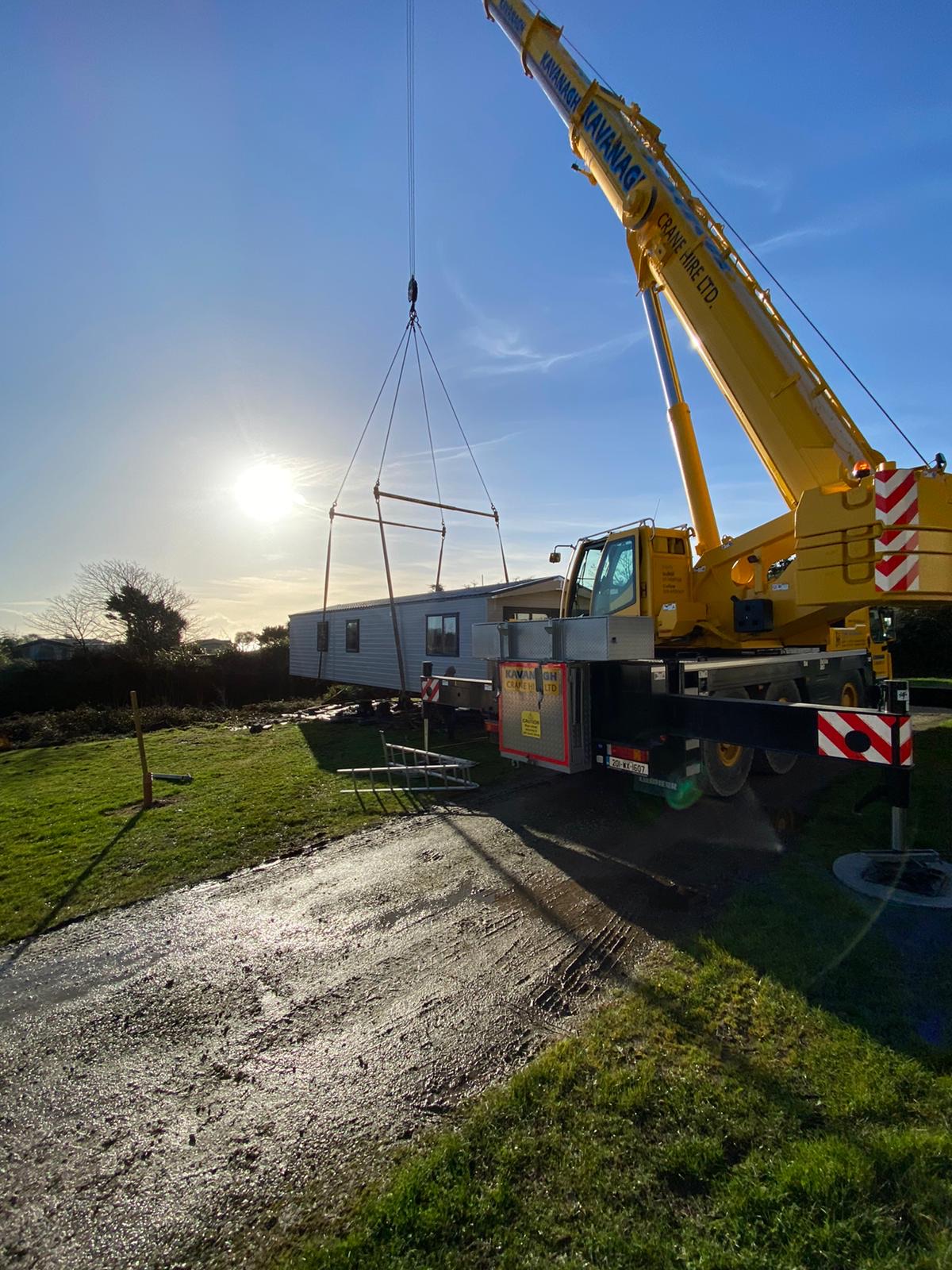 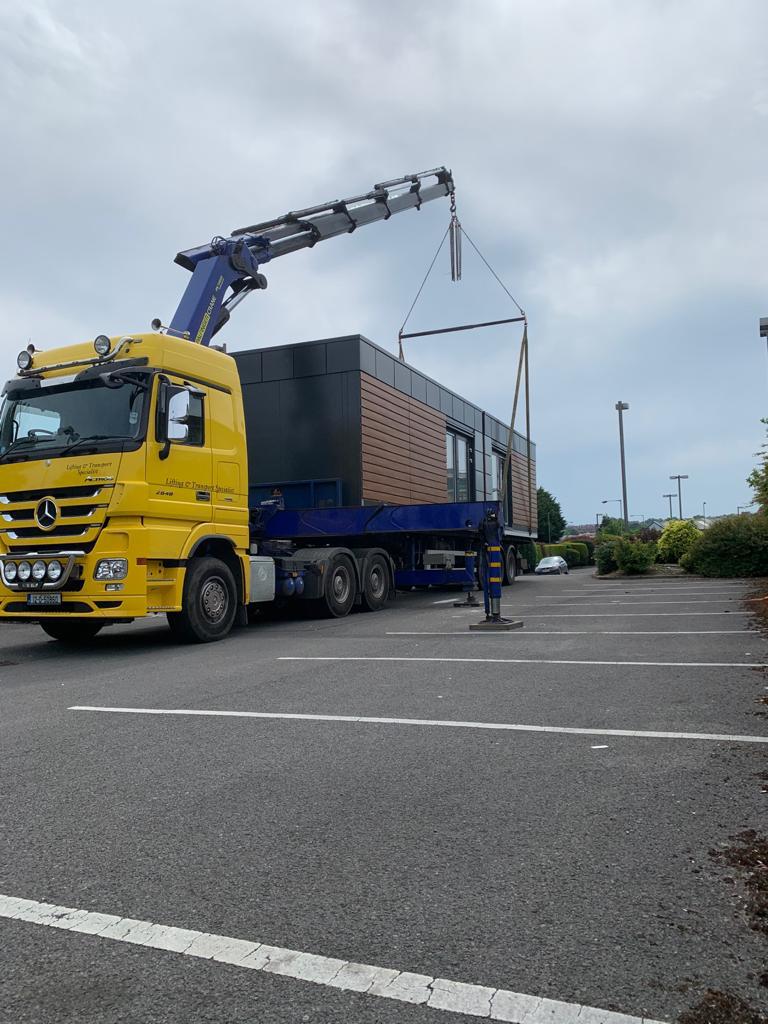 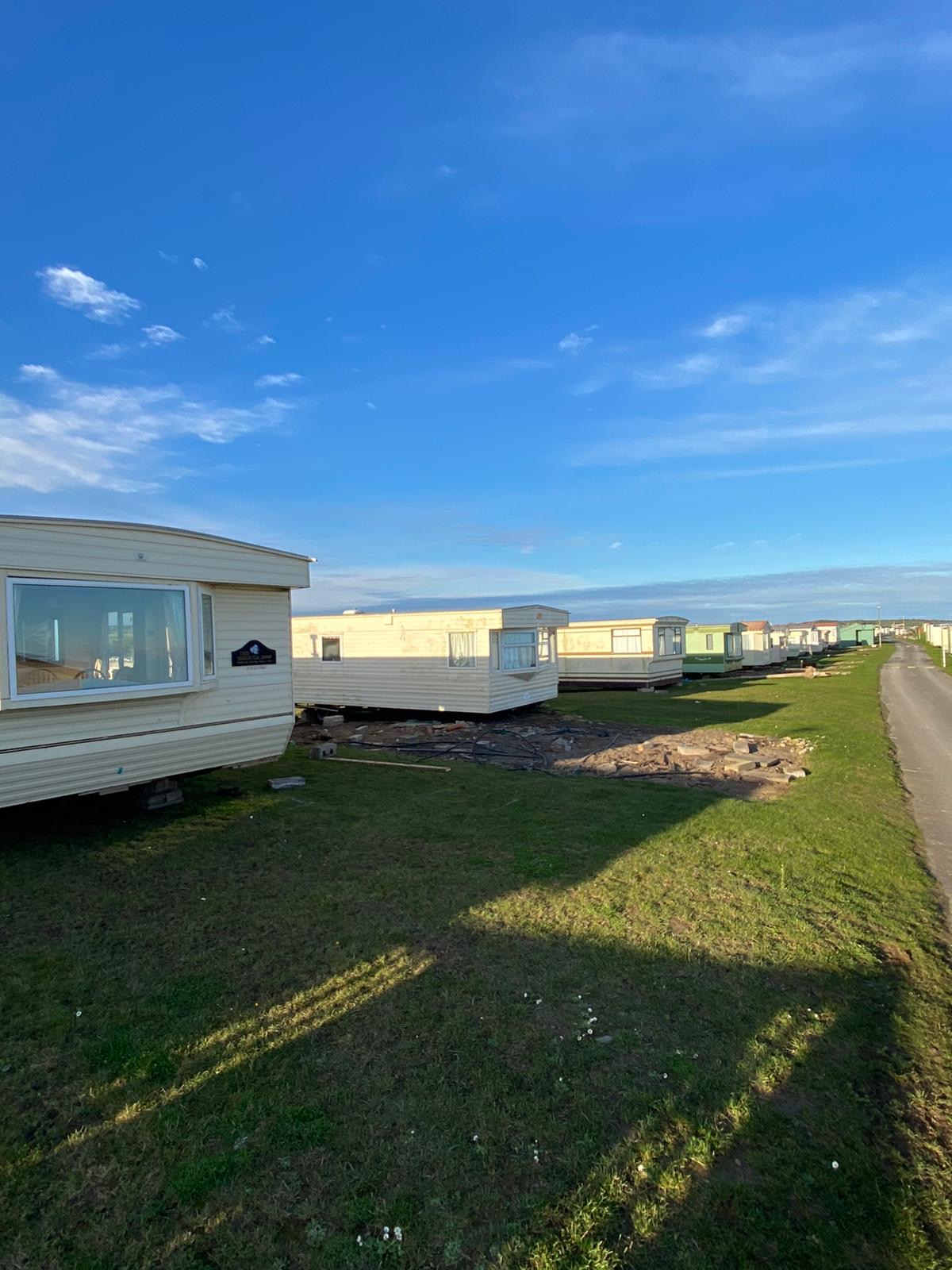